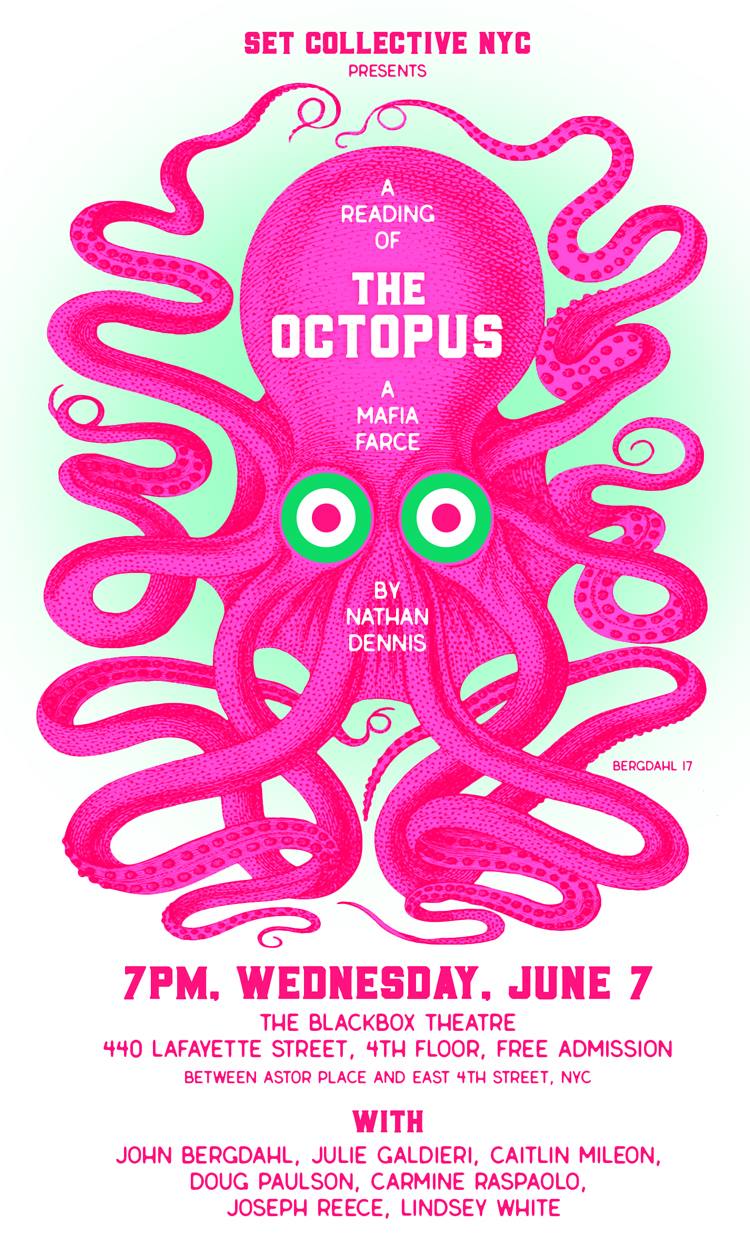 (2 acts: 4m, 2f)
Set in an ancient winery, The Octopus tells the story of Calogero Patriarca, a 22 year old Sicilian-American who returns home to Sicily for the funeral of his father — a prominent mob boss who was brutally murdered.

Under the tutelage of his Uncle Pippo, the help of a young and fiery vintner, Valentina, and the advice of the jingoistic American Admiral, Reed Pershing, Calogero sets in place a harebrained scheme to enact revenge upon his father’s murderer.

Thrust between the competing worlds of the mafia and the pressing motives of the US Navy, Calogero must forge his own path to manhood and family.
Inspired by farce, mafia tales, and the whodunnit; The Octopus purposefully muddies the line between murderer and hero, victor and villain, and outsider and family. Chaos purposefully permeates every scene — leaving the audience guessing and gripped until the climactic end.